Dateline: Barstow, CA (6:30 am PST)  – There are many problems in the world now, from Syria to the Korean peninsula and the continuing efforts in Afghanistan.  There is the reality of the potential threat of a thermonuclear exchange is in Asia which Donald Trump has sought destabilize even further after dropping missiles and bombs in the Middle East.  However, with all of these threats to national security or even a nation’s integrity, nothing compares to the simmering scandal of how Russia perhaps may have meddled in the United States’ past election. Thus resulting in the electoral victory of Donald Trump. 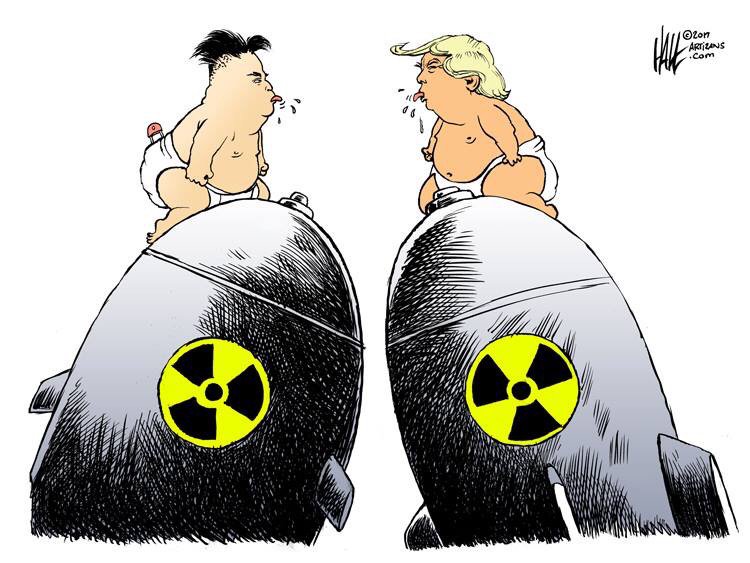 There appears to be somewhat of an effort, however ineffectively an unconcerted, by the current Administration to quash any talk in press and in public regarding the emerging scandal from surrogates of Trump to media outlets such as the Fox News network, the online yellow-journalism of Breibart and that of many others on the Internet.  However it appears that even these entities are facing a daunting task in mitigating not only the damage that has been wrought by Trump himself, but the message of a tweet-crazy megalomaniac who appears to have has lost control of his own administration, as well as political party.  With certain people aligned with Trump obviously not making a clear or even intelligible argument to counter the rising tide of suspicion and revulsion.

At this time both the congressional investigations and that of the Federal Bureau of Investigations continues, and from time to time news and information leaks of what has been determined in the course of these proceeding and inquiries.  And it is from this which appears to be forcing Trump to behave in the most erratic way.  The recent military actions appear to be nothing more than a distraction to counter the presumption of treason by this President during the course of the 2016 presidential campaign.  The national security and intelligence unmasking of at least one; the suspicious behavior the House chairman investigating the election tampering, to the plea for immunity of yet another, has caused an uproar, not only in the news media and press, but grave concern in halls of Congress where the momentum in moving forward with these investigations continues.

The list of personages and suspects are many and read like a dog-eared pulp fiction paperback filled with intrigue and conspiracy.  These individuals will continue to be suspects in the days, weeks and months to come and the spotlight will be on them for now, as opposed to Trump in this particular manner.  Yet based upon what the current investigations find, it is presumably a matter of time if and or when an independent Congressional counsel and investigation is formed, or if grand juries are warranted and ordered in the context of the FISA law, or any law regarding the tampering of the past General election is found (beyond any reasonable doubt).  Nevertheless, and as more news and information from these investigations come forth is where we may perhaps see the beginning of the end of a Presidency that perhaps was never meant to be, and if a resignation or impeachment shall remedy and or resolve.