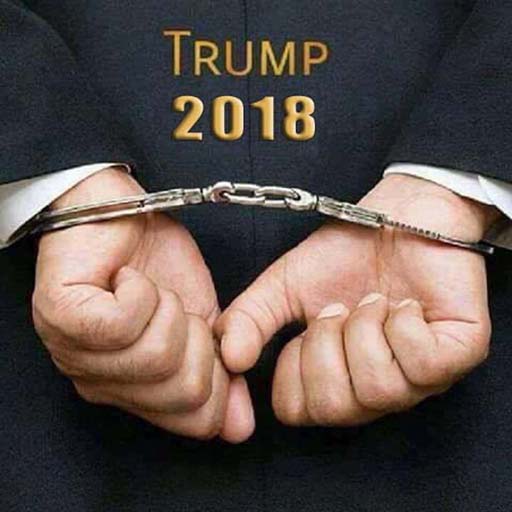 Dateline: Irvine, CA (10:30am PST) — The argument posed by Donald Trump’s hard core Trumpanzees™, Drumpfanites™, MAGA™-ots and garden variety Russian troll bots (Boneheads of Trump) of #ZeroEvidence is a weak and impotent argument in not only impugning special prosecutor Robert Mueller’s investigation into Trump’s collusion, conspiracy and cover up of the Russian intelligence interference into the 2016 elections but in effect posing an argument for ‘exoneration.’

The logical fallacy in proclaiming innocence of Trump while an on-going investigation is underway, and recently into his business and financial dealings has caused the trolls, bots et al. to ramp up the disinformation “fake news” regarding Mueller’s investigation, and in desperation, his integrity as a prosecutor investigating this case.

The “ZeroEvidence” argument is one borne out of sheer trepidation, if not nervousness in general on the part of Trump, and the aforementioned acolytes. The trepidation over what Mueller has, or doesn’t have against Trump appears to be excruciating. However given the indictments, guilty pleas and now focus into Trump’s business the war on Mueller has indeed intensified. The ‘argument’ itself is an interesting one in that the presumption of guilt of Trump doesn’t stand alone on what is speculatively known about any evidence Mueller has, or may have on him, but the chaotically deranged behavior of Trump that leads to that conclusion; in Tweets and public appearances before the American free press.

The “evidence” exists for there would be no indictments, convictions and pleas of guilt; the evidence is now within the purview of Mueller since the investigation has expanded (not contracted) into Trump’s personal finances and income taxes. The evidence is not at this time determining guilt, innocence or even exoneration, but a piece of a 2016-piece jigsaw puzzle which shall illustrate a compelling picture of what happened during the last general election.

Little to nothing at this point is known of what evidence there is against Trump in finding him guilty of any crimes that are being considered, however to say that there is “ZeroEvidence” is akin to declaring that ‘water is not wet,’ and ‘ducks don’t quack or fly..’ It’s delusion (psychological defense mechanism) on a scale that is contrary to investigative and judicial methods, procedures and techniques – above all “Law and Order.”