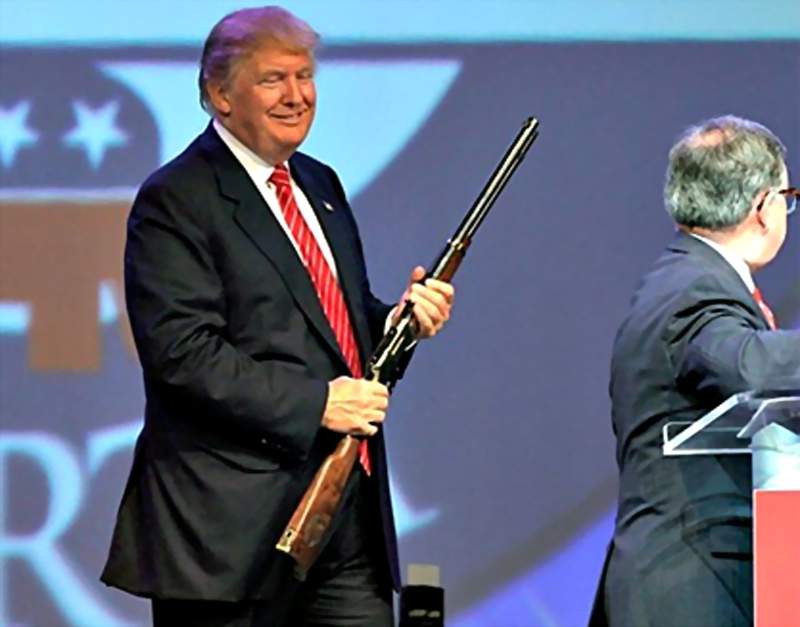 @Home 4:00m (PDT) – In watching MSNBC’s “Hardball” with Chris Matthews and over the dust-up regarding The_Donald’s insanely deranged comment regarding the 2nd Amendment and Hillary Clinton, the issue appears to have occupied not only AM conservative talk radio, but the Twitter-sphere of conversation and exchange.  And basically what it comes down to is The_Donald, in usual innuendo suggesting the most despicable of suggestions if and or when Hillary Clinton becomes the POTUS, and what others can do to remedy a myth (perpetuated by Trump) that she would abolish the 2nd Amendment of the U.S. Constitution.  This crazy talk by The_Donald has gone to a new and uncharted level in U.S. presidential campaign rhetoric; psychotic.  Yet, for all the spin by his surrogates, campaign staff, and even former NY mayor Rudy Giuliani, and his biggest fan, one thing is certain from the video clip of him when he said what he said, and the reaction illustrated – it was construed by-in-large to be a call to get Hillary Clinton.  Get the net, and U.S. Secret Service!