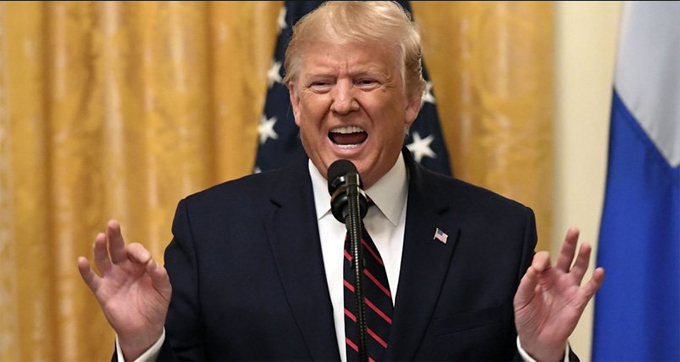 Why do they think Donald J. Trump is hell bent on getting re-elected, when the investigations and the past congressional impeachment hearings have brought forth evidence of crimes he has committed ..

Why do they think Trump cannot bring himself to admit when he is wrong, or incorrect and pathologically lies incessantly ..

Why in the whole grand scheme of things does it suggest he no longer wants to hold office ..

Why did he have to go the Walter Reed U.S. Army Medical Center without notice and instructions to the press not to report it ..

Why is it that more of those who have come into his circle of influence and control are now either in prison or being investigated for crimes?

There is no shame in un-supporting Trump .. just the stain, and SOMETIMES a scar, like the one from the conservative Tea Party Movement, of which was ushered into the Howling Political Wilderness™ after the election of former President Barack Hussein Obama, remains.

These questions are relatively easy to answer, however when delusion comes into play the answers can vary from crazy to batshit crazy ..