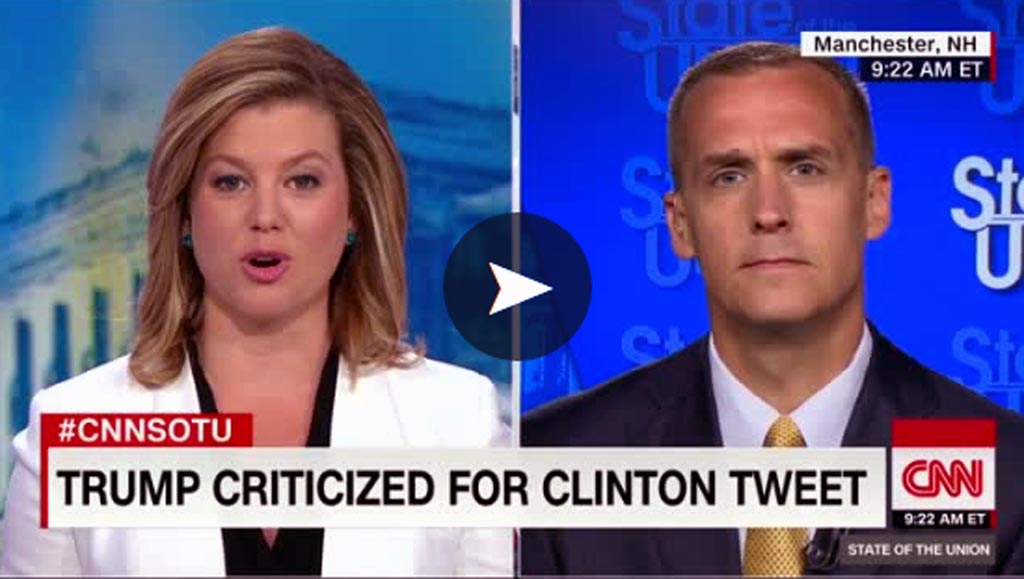 On CNN’s State of the Union this morning Cory Lewandowski once again “reared his head,” in defense of Donald Trump dog-whistling to his MAGA supporters in the way of an anti-Hillary Clinton tweet, and using the Hebrew Star of David; construed by-in-large to be anti-Semitic. His weak if not laughable completely losing-the-plot ‘counter-punch’ and his somewhat warped perception was that law enforcement across the country use the star in the way of their badges.  Perhaps so, however can it be presumed that he is clearly aware that this symbolism is questioned if not ballyhooed in conspiracy theories by anti-Semites, racists and white supremacists as well? … more

Maybe it’s just me but I really think that this ploy by the Trump campaign to “fire” Cory Lewandowski and turn him out into the so-called wild, of the mass liberal media sphere of influence and control might have been a bad idea … more