A couple of weeks back State Sen. Amanda Chase a member of the Virginia Senate for the 11th District suggested that Donald Trump invoke martial law as a strategy, or even course of action now that President-elect Joe Biden has been certified by the Electoral College to be the 46th President of the United States on Tuesday, January 20, 2021.

Retired U.S. Army Gen. Michael Flynn, who served as national security advisor under Trump before being fired and later jailed on perjury charges, was the first to suggest the outgoing president should overturn Biden’s victory and unilaterally order the military to oversee a new election..

He could immediately on his order seize every single one of these machines around the country on his order. He could also order, within the swing states, if he wanted to, he could take military capabilities and he could place them in those states and basically rerun an election in each of those states. It’s not unprecedented..

Of late, former NSA Michael Flynn who had previously plead guilty to to “willfully and knowingly” making “false, fictitious and fraudulent statements” to the FBI regarding conversations with Russia’s ambassador in the Mueller investigation into Russian intelligence meddling in the U.S. 2016 election has continued to and joined this clarion call of seditious revolt.

This sort of opinion or even free speech without any shred of doubt is dangerous. Not only of, for and to the future of our democracy, which has since been “poisoned” and left toxic by Trump, but promotes a false narrative, or conversely a LIE over the 2020 election that there was “massive fraud” and that he and only he, Trump was “cheated” out of re-election without any evidence or proof, after countless recounts and dozens of lawsuits, and declaration/certification by CISA.

To alone suggest using the United States military in dealing with a political argument, or #ButtHurt bitchin’ whining & gripe over an fraud-less election, of which is the very foundation of this nation’s democracy & as mandated by the U.S. Constitution, is not only uncalled for but must be subject to redress AND POSSIBLY investigation, into prosecution. It smacks of not only sedition, but treason not seen since the U.S. civil war of the mid-19th century. Such idiotically idle if not irresponsible talk invariably provokes a significant, but not all of a segment of voters who would be swayed by such lunacy if not sheer stupidity – perhaps those who Trump referred to as “the poorly educated,” and for whom he “loves.” And with the growing racially motivated violence and threats to public officials by, in at least in one instance a right-wing militia group in Michigan, the threat is even that much more prevalent if not pervasive altogether.

Flynn, who was recently pardoned by Trump perhaps now feels that he can say any crazy thing he desires and believing that there are no consequences to his words and statements. However, this opinion (use of the military) to settle a political grievance, or argument is not only reprehensibly irresponsible, but brings into the dialogue matters that would and have occurred in Banana Republics, totalitarian and fascist governments, or even oligarchies and 3rd world countries .. up to and including the rise and fall of Nazi Germany in the early to mid-20th century .. resulting in what Trump terms, a “shithole country” or countries.

To accept the clarion call for “martial law” and using military force against its own citizen who have spoken through their vote is CRIMINAL. Even such a suggestion to taking this tact in a weak and invalid attempt to overthrow a duly and legal election by virtue of the vote, courts and the electoral system should not and must not be tolerated. For the past four years Donald J. Trump’s acts of not only stupidity and sheer disregard for “law and order” has been just that; in that he has ‘gamed’ the apparatus by which this fledgling yet young democracy is built upon. Tho’ this is not new and commensurate to way he has played his hands in only being able to pay $750 in income tax, of which will become a matter of consideration, if not prosecution (ref. Deutsch Bank & US SDNY).

Yes. The country is not ‘out of the woods‘ just yet, and the reliance upon those public servants who’ve held to their responsibilities and commitments must not only weather these threats, but to insure that the transition to a welcomed and just leadership of the country must be insured – in spite of those who seek to destroy it and possibly at the behest of foreign interests who would like nothing better than to eliminate it. 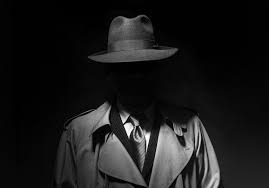