Must really be an election year 🙂 While watching athletic NBA history & the 4th game of the NBA Finals between my Golden State Warriors and Cleveland Cavaliers tonight on KGO channel 7 one of the commentators said, “...someone has run on to the court … of course we will not show it,” and went on to commend [] Cleveland’s Finest?  It was either the alcohol/liquor, Cavs imminent loss, The_Donald’s recent use of teleprompters … or all three? At any rate passions were running high all around? 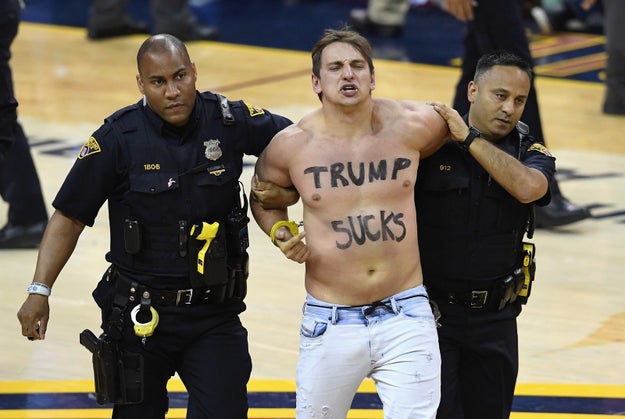