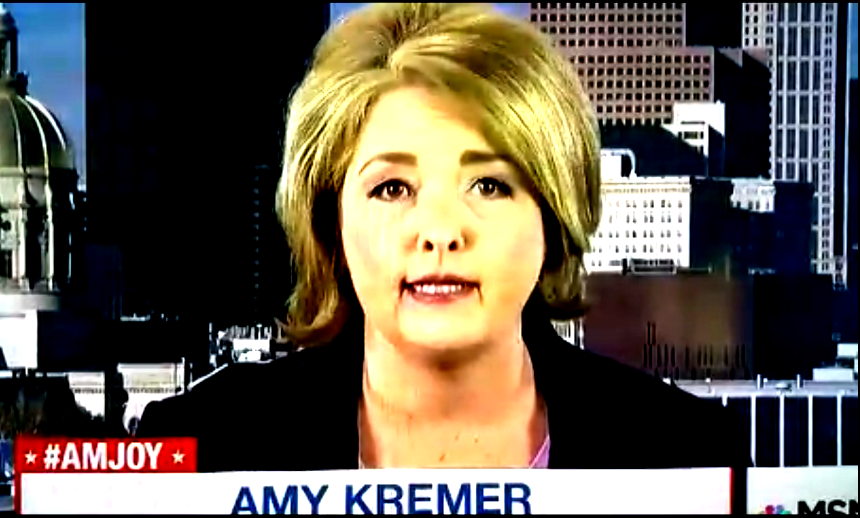 @Home 9:30am (PDT) – Watching MSNBC’s #amjoy this morn the exchange got a wee bit testy between the host Joy Reid and Amy Kremer, one of The_Donald’s surrogates and Tea Party PAC hack. While it is clear to this correspondent that there is no conclusive proof that there was collusion between the Russians and The_Donald in the e-mail hack of the DNC servers, and now the Hillary Clinton campaign data network the fact that he invited the Russians to be involved is just insane.

At no time in American political campaign history, or for that fact of a General Election has a candidate urged a diplomatic adversary, construed as a tyrant, to assist one in trying to achieve a political advantage. As of this posting it appears that the United States Dept. of Justice has now launched an investigation into this, with more and more intelligence sources, and analyst coming forward. And with forensic-data and information finding Russia and possibly their intelligence apparatus’ as the point of origin of the hack-attack(s). Yet, to muddle or even convolute all of this is in the meandering, and at time duplicitous narratives from The_Donald and his campaign, is of that which is not only difficult to fathom, but one not to be believed … No matter how many times he says, “believe me.”

What can be “believed” is that The_Donald admires tyrants and dictators, and that his Sr. Campaign manager, Paul Manafort, a Republican lobbyist of whom has worked for such political figures. And what may be a growing sentiment is that what may be “unbelievable” is at its core that to be believed.

@thehill ☆ The @realDonaldTrump knows Vladimir Putin alright. And who is he trying to fool? #maga ? #TrumpTheTraitor pic.twitter.com/7rCwBtgNPm

This discussion on AM Joy is just a brief glimpse as to how heated this controversy over this matter has become, and how this and for as long as it runs may not be the one that sticks, but severely stains The_Donald’s candidacy as so many others have already. And the more he blither-blathers over this, the more an electorate could presumably feel that not only is he “unfit,” but un-patriotically divisive as well. To this point it’s not so much that The Russians Are Coming, but appears that they are already here in the way of the Republican party presidential nominee?